Key Events: Investors fear the threat of recession – unless you happen to be Mariah Carey.

The market appeared optimistic on Tuesday after November’s Consumer Price Inflation data was lower than expected. However, the next day’s Federal Reserve press conference reaffirmed their commitment to the inflation fight, even at the expense of economic growth. This dampened the market’s hope for a soft landing in the economy.

After strong gains on Monday, the market came back to earth after Fed Governor Powell’s press conference on Wednesday, and the downtrend continued for the rest of the week. The S&P 500 finished down 2.1% for the week, largely due to dips in several mega-cap tech stocks. However, international and small-cap stocks experienced more modest losses on the week.

Outlook: Inflation data and the Fed

We have discussed the potential for recession several times this fall. The Federal Reserve is attempting to engineer a mild recession, and that seems to be what the stock market expects. As we move through the shifting economic data, the market may have the tendency to overreact to individual data points or Federal Reserve press conferences, as was the case this week. The volatility we have expected has come to pass in recent months. We expect this to continue until the market gains clarity on interest rates and the economy.

While the market worries about a recession, Mariah Carey, on the other hand, should not be. Her 1994 hit “All I Want for Christmas is You” is estimated to earn $2.5 million per year.[1]See our chart of heavily downloaded Christmas songs to see how your favorites rank. [2] 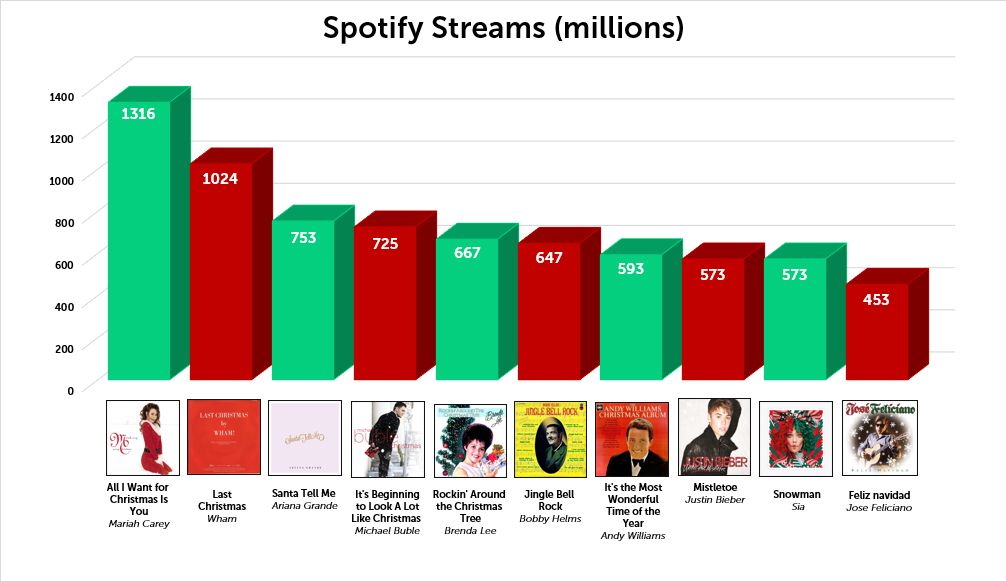 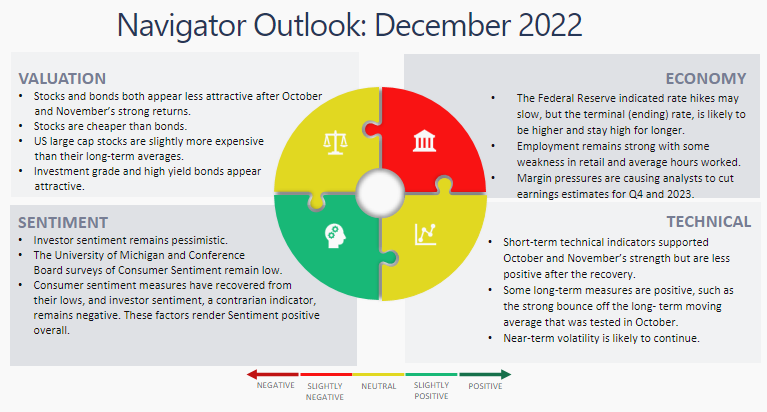 [1]Source: Forbes Million-Dollar Song: ‘All I Want For Christmas Is You’ Keeps Raking It In (forbes.com)