The situation in Ukraine deteriorated rapidly this past week, moving quickly from a tense situation into a full-fledged Russian invasion that has put Ukraine’s 44 million people in jeopardy and shaken European security. Russia’s three-pronged attack has now closed in on Kyiv, the capital of Ukraine, however it remains under Ukrainian control at the time of this writing. The US and NATO allies have imposed a raft of sanctions against Russia, but the impact of most will be long-term in nature and it does not appear that they have made Russian President Putin second guess his decision to press forward thus far.[1]

From a humanitarian perspective, the invasion represents a disaster for the Ukrainian people. An estimated 100,000 refugees have crossed into Poland so far and more are anticipated along European borders as the conflict continues.[2] From a market perspective, equity markets dropped significantly midweek as the invasion occurred but bounced back somewhat late in the week. The S&P 500 (a proxy for large-cap US stocks, purple line below) briefly dipped into correction territory (down ten percent or more from its recent high) but rebounded to end the week about flat. The MSCI ACWI index (a proxy for large-cap global stocks, orange line) ended the week down 0.6%, weighed down by foreign and emerging market stocks. 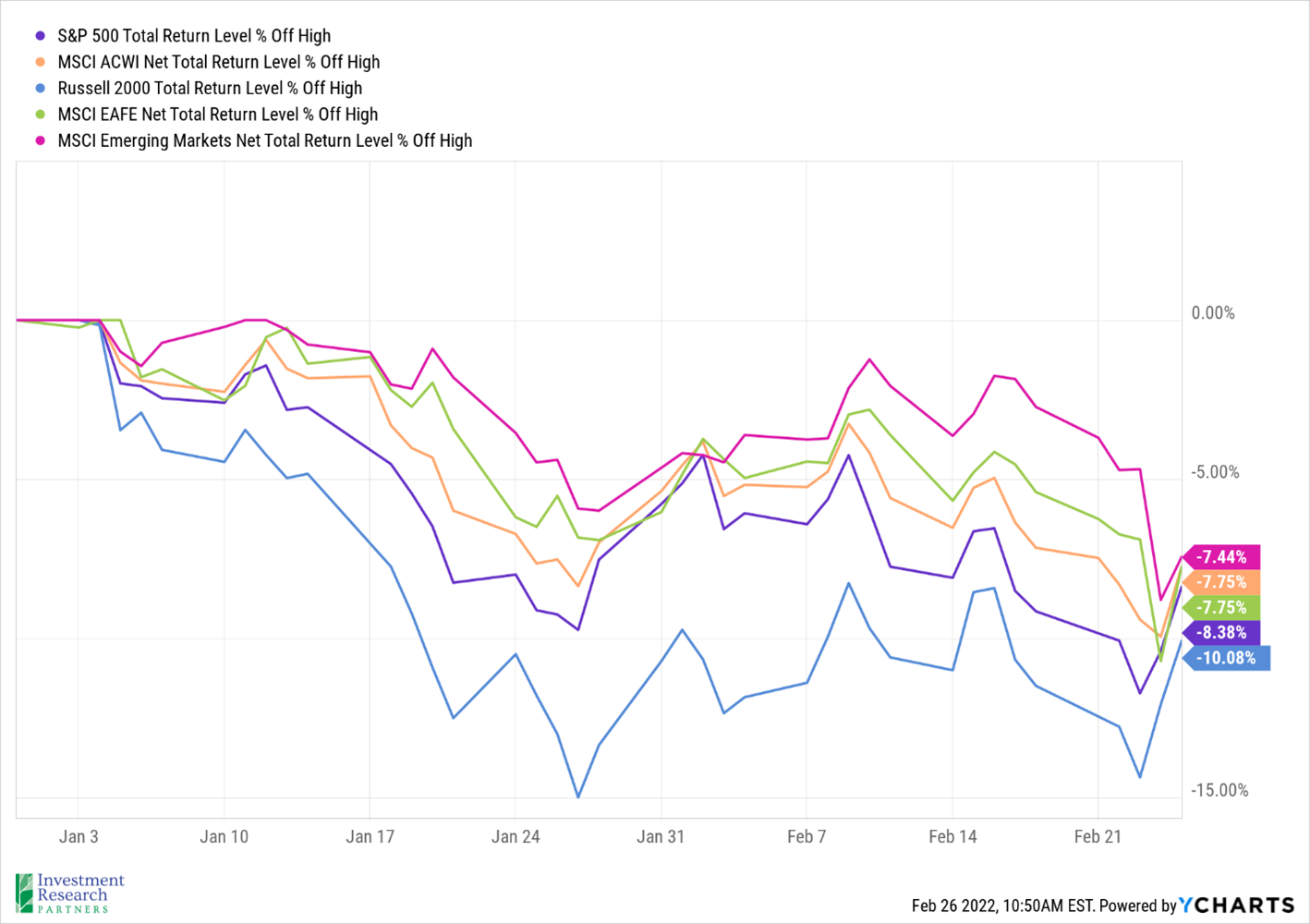