After the longest stalemate since 1923, the House of Representatives finally elected a Speaker; a fractured GOP is expected to result in increased Washington gridlock.

The minutes of the Federal Reserve’s December meeting revealed a couple of key items:

Softening data on Friday gave the markets an excuse to rally.  The S&P 500 finished the week up 1.5% and most markets reported positive returns. Bonds and stocks both did well in this, the first week of 2023, in stark contrast to poor returns from both asset classes in 2022 – year we’d all like to forget.

Outlook: Disconnect between the market and the Fed

Stocks rose unexpectedly when Hawkish Fed minutes were released and – as expected – when more subdued wage growth data was released. As we have discussed recently, day-to-day movements seem random; expect volatility until the path of interest rates becomes clearer.

One source of optimism in light of this week’s congressional chaos is that the third year of the presidential cycle is one of the strongest.  The below chart shows that, since 1929, the third year has averaged 13.5%, while the average return of the first, second and fourth year is 5.7%.[1] 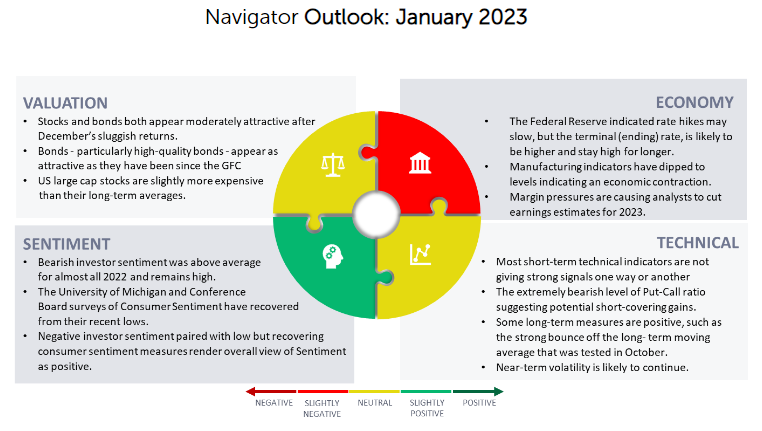